Despite this widespread popularity, business leaders and non-tech decision-makers fail to realize that Java comes in different forms and flavors having its own functional and executional benefits. For instance, we broadly have three editions of Java, namely, Basic Java, Core Java, and Advanced Java. Similarly, the expertise of a Java developer, along with their skill sets and qualifications, determines how well-versed they are in these Java platforms.

This blog aims to take a detailed look at the Advanced Java concepts, how it is different from Core Java, and the various Advanced Java debugging techniques to help companies realize their vision of a powerful and customer-friendly business application. So, let’s dive right in!

As the name indicates, Core Java is the Java programming language and platform in its most fundamental form. It is typically used to develop general-purpose applications. On the other hand, Advanced Java programming primarily deals with modern-day online solutions, such as web or mobile applications. You can think of it as a specialization of Java in specific domains like networking, database handling, etc.

With this definition out of the way, let’s quickly take a look at the major differences between Core Java and Advanced Java through the following table:

From the table in the previous section, it is evident that Advanced Java can cater to specific business requirements. But if we were to look at the larger picture, the benefits of using Advanced Java techniques for software development could be summarized as below:

The set of advantages listed above leaves little room for interpretation that Advanced Java concepts grant an apt medium for realizing futuristic, custom applications. These solutions are tightly coupled with business requirements, which make them instrumental to your business’ growth and development.

Role of an Advance Java Developer in IT or Software Development

Now that we have an in-depth understanding of Advanced Java technologies, let’s explore the most critical phase of any software development – yes, we’re talking about debugging.

Lumping the testing and debugging process for the entire application is one of the most catastrophic mistakes that developers make. And you will be surprised how often even veteran developers fall prey to this trap. As a result, debugging gets a bad rep, especially for Advanced Java.

With such a simple roadmap in place, debugging would not seem as overwhelming as it otherwise appears. While steps one to three are mostly intuitive and experience-based, developers can tweak their skills for step four through Advanced Java techniques for debugging, which we will discuss in the following section. 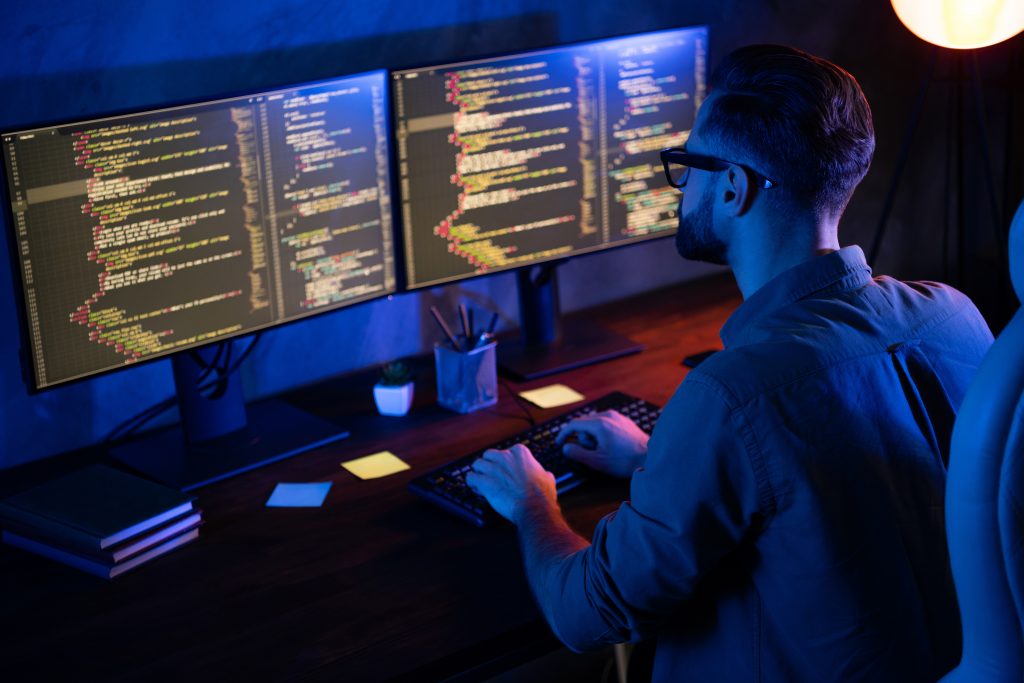 Once you have mastered the premise of debugging using the first three stages in the 4-step series listed in the previous section, it is all about executing strategies to address the issues. The various specialized Advance Java debugging techniques that will come into play can be broadly classified into the following strategies:

A breakpoint is a deliberate inclusion of a line of code with the intention to stop or pause program execution at that specific point. During program execution, the breakpoint calls upon the debugger or creates an interruption at the CPU level. As a result, the program enters into exceptional handling mode.

Advanced Java developers either use conditional breakpoints or exception breakpoints to perform this task. Here’s a quick overview of what they offer:

Apart from these breakpoints, you also have watchpoints, which are essentially breakpoints set on a variable or a field. Every time the concerned variable or field is accessed or modified, the program execution will come to a halt so that you can debug.

Different debuggers using Advanced Java techniques for debugging software programs may have varying implementations of the conditional, validation, and control algorithms, which make them highly configurable against business requirements. For instance, some debuggers may completely terminate the application while others will perform data manipulation to allow executions to resume. Either way, it allows the Advanced Java developer absolute control over how they want things to pan out.

Have you ever come across an error that causes the application to dump garbage values across the screen while it performs debugging? Then you already have a slight idea of what print debugging entails. This widely used Advanced Java debugging technique prints random values during application runtime and displays them at the console or user interface. It is often used by developers to comprehend the flow within the function or service and the logic or data transfer taking place in the background. The print statements are based on pure assumptions (rather than resting on logic) and are incorporated within the code depending on the developer’s judgment of where the bug resides.

Even though it is not one of the most reliable methods of Advanced Java debugging, it is widely used to prevent any minor errors such as problems with the flow of the application or unidentifiable code blocks responsible for the bug, and so on.

When we create a software application for a single or a limited number of devices, it requires minimal resources. Such a limitation results in an architecture where the code for running the application and the code for debugging cannot co-exist. And here’s where remote debugging comes into the picture.

However, do not think that it is not useful for large-scale applications as such solutions often have a distributed architecture where remote debugging would also prove to be useful in maintaining modularity, flexibility, and scalability that non-monolithic ecosystems enjoy. Plus, developers can create remote debuggers for specific tasks, such as debugging certain microservices.

All you need to account for is linking the operating system and business application through configurable hooks that automatically trigger the debugging process. Once such a relationship has been established, any debugger can be transformed into a remote debugger.

A memory dump is a snapshot of the memory and corresponding data at a time when an application crashes. Think of it as a black box within an airplane. Developers can extract the ‘stack trace’ from this memory dump to comprehend exactly when, where, what, and how the program collapsed. The stack trace would contain a log of the various functions, values of global and local variables, and other critical data at the point of crash. Then, it is all about reverse-engineering the outcomes and tracing the causes that resulted in it.

However, developers can carry out memory dump debugging without waiting for a crash. In such cases, they would focus on the bugs that cause a function or a process to perform anomalously, thereby simulating a “micro-crash.”

This Advanced Java debugging technique can prove to be particularly useful if you run multiple Java applications that communicate with each other. Use memory-dump debugging to identify which application is responsible for the bug and work it out.

While memory dump debugging involves only a slight amount of reverse engineering, replay debugging dives right into it. With this form of Advanced Java debugging techniques, developers can analyze applications that have a well-defined flow from point A to point B. Using this flow as a reference, the developer can then trace the bug to the primary issue!

The Advanced Java Replay Debugging concepts require developers to record the entire process of program execution. During this step, they will replicate all data exchanges, events, memory management, data updates, user inputs, and output displays that would otherwise take place during the normal course of events.

Ideally, the developer should exhaust all permutations and combinations involved in program execution, especially those involving system interruptions and crashes. Once such a recording is created, they can replay this walkthrough step-by-step to identify what went wrong during execution. The replay debugging approach offers a holistic and inter-related overview of the entire process. 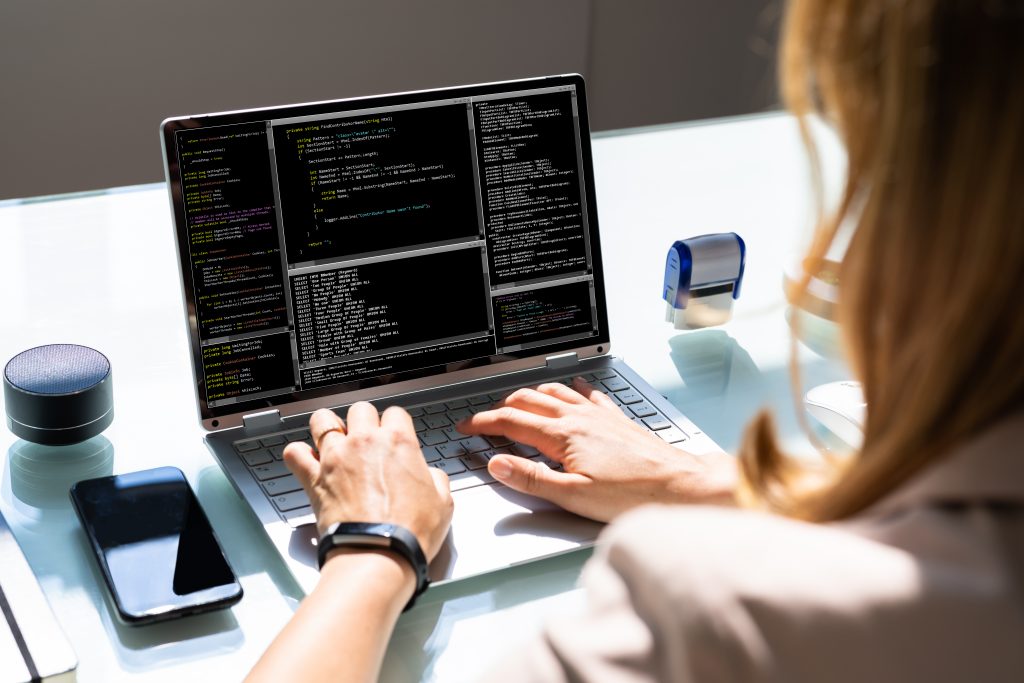 Always remember that Advanced Java debugging techniques are neither singular nor one-off activities. If anything, it contains a series of systematic processes that you need to carry out repeatedly and periodically so that your business application is free from bugs and glitches. Against this background, you cannot afford to merely work hard; you also need to work smart. And to help you with the latter, here are a few tips and tricks that will help you stay on top of your game:

While you can use exception breakpoints to combat NullPointerException, why let them occur in the first place? You can achieve this goal by putting the String “literal” to the left of an “equals()” comparison.

For instance, say you have the following line:

Consider replacing it with:

This slight consideration can work wonders without compromising on performance!

Say you were to run a line that went like this:

It will result in an accidental variable assignment, which will then result in errors. In its place, consider something more concrete like:

By simply repositioning the expression to the left, you would be avoiding accidental assignment by displaying clear intent!

While declaring an array or a collection, ensure that you define its length while explicitly declaring it to not be null.

Say, rather than this:

Such a deliberate declaration would define arrays clearly.

Ensure All Variables, Methods, and Parameters are Final

Set all variables, methods, and parameters as final.

And compare them with these better versions:

Setting a default for your switch can set it right the first time without any need for debugging.

Here is an example that needs improvement:

And here it is with the necessary tweaks:

throw new ThreadDeath(“That should do it”);

The latter will ensure that your code can yield results even if the cases exceed to 3 and beyond.

Curly braces can help set aside cases for the switch statement. As an example, consider this lumpsum of a mess that may not even compile:

In its place, here’s something that will make more sense:

throw new ThreadDeath(“That should do it”);

In the second example, the curly braces would introduce a multi-line scope for every case.

Of course, that’s not to say that you have to undertake the mammoth task of in-house recruitment as you can always hire an Advanced Java Developer through an agency, or simply outsource the task. With their niche code development, debugging, and maintenance skills, a developer having hands-on experience in Advanced Java technologies will definitely not disappoint!