What do you look for in front-end developers? How much do you pay them? We present our research findings to answer these questions.

Front-end developers influence a viewer’s digital experience. How a website appears to the viewer creates the first impression. How it behaves when someone clicks on it determines whether the viewer will continue to engage.

What It Means For Business

As the owner of a digital agency, high-performance UI and UX are important for not just your own website. The same level of UI and UX performance needs to extend to the websites you develop for your clients as well. You need one or more skilled front-end developers.

You may need a front-end developer even if you are in any other business.


Must-have Skills for a Front-end Developer

Whichever level you decide to hire from, a front-end developer must have the skills listed below.

Soft skills are as important as hardcore technical skills.

We have researched extensively to collect scattered information about the payment rates or the average front-end developers salary in different parts of the globe. We present the information in a collated form below.

We have included both monthly salaries and hourly rates wherever possible to suit different needs. 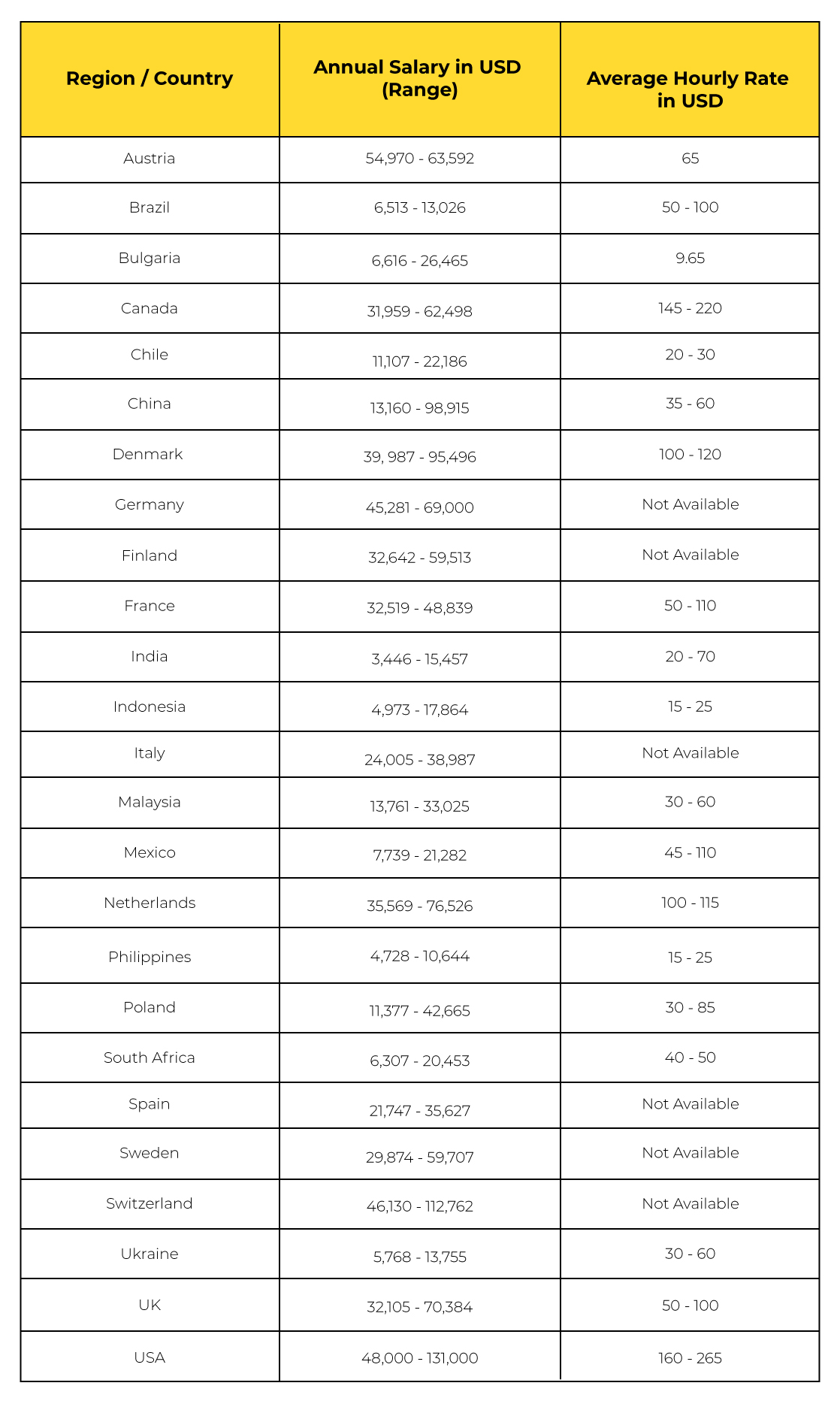 According to Codementor, the global average hourly rate for front-end developers varies between US$ 41- 160. The regional variations are as follows:

What is the Average Salary Difference

If we look at the annual front-end developer salaries around the world, the difference between the global North and the global South becomes evident. So are the variations in the hourly rates.

Yet, when we look at the regional picture, then the disparity is less.

The Solution to this Apparent Puzzle is Simple

When you combine talent and rates, Asia emerges as a clear preference. Among the Asian countries, India has been in number one position for several years now, followed by China and Malaysia. In that order.

If you are looking for front-end developers team who can optimize your website without drilling a hole in your pocket, you know where to look. You may get cheaper rates, but that will be at the cost of efficiency and efficacy.