We are surrounded by machines today. And not just machines that move, but also the ones that understand, comprehend, think, and make our lives better.

And our mode of communication with these machines? Artificial languages. One subset of these languages is called programming language.

The name makes it evident that these languages are used to write programs that run on computers (or other machines) to yield desirable visual outputs.

The first programming language was created by Lady Ada Lovelace and Charles Baggage in 1883.

Today, there are nearly 9,000 programming languages.

The choice has obviously bred confusion.

For developers and programmers, the language they like the most is the best.

But what about business decision-makers?

As the chief of a business, you hardly know the intricacies of programming languages. Learning about their specific features and comparing the hundreds of options is simply not worth your time. But you do have to make a call when you are finalizing the details for your next project.

That’s why we have this guide for you. We have mentioned 5 of the most in-demand programming languages. Plus 5 honorable mentions.

While the final choice depends on your project specifics, this list would definitely help narrow down options and make decision-making practical.

Why do “In-Demand” Programming Languages matter?

With this guide, we don’t claim to offer a list of the best programming languages. That list, to be honest, is practically impossible to create.

What’s best for one project might not be as suitable for something else.

However, this list of the most in-demand languages aims to narrow down the choice.

And once you have found the right talent, creating a flawless program with any language becomes possible.

Stack Overflow is a well-known question-answer platform for professional and amateur programmers, developers, and coders. The platform helps them learn, share their knowledge and experience, and stay abreast with the latest developments and trends.

In May 2021, Stack Overflow reached out to over 80,000 programmers from various countries, age groups, ethnicities, genders, and professional statuses. And the combined opinions of all those were presented in their insights report.

And when a platform that understands the pulse of the development community shares data about the most loved programming languages, one has to trust it, right?

This guide features the top 5 most in-demand programming languages as found in the Stack Overflow survey.

What does this guide have to offer?

The Stack Overflow survey tells you what the programmers feel. But knowing that is not enough for business decision-makers, is it?

So while the survey report answers the “what?”, it leaves the “why?” answered.

Why do programmers love these 5 languages the most out of the 9000+ options?

This guide aims to explain to business owners what’s in it for them to use developer-favorite languages, in a jargon-free way.

So let’s get straight into it.

According to Stack Overflow, the following are the 5 most in-demand programming languages… 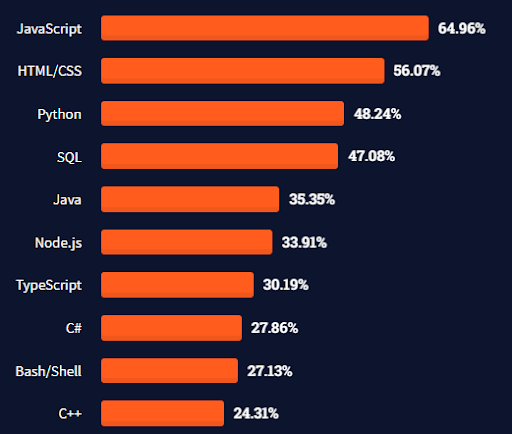 Let’s take a look at these languages one by one to see what makes them so well-loved by programmers. 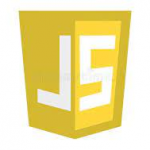 There are 1.9 billion websites on the Internet today. And 95% of them use JavaScript in some way or the other.

Try turning off the JavaScript access on your web browser and you’d see several sites and web apps start to crack and look dull and drab. That’s because it is JavaScript that manages the interactivity of the web.

Plus, developers love it because it is simple to learn and master. You could start with 0 coding experience and still be able to create something beautiful with just the knowledge of JavaScript. For businesses, it means never having to struggle to find able JavaScript developers.

Other than simplicity, JavaScript is also known for its speed and versatility. It can be used for the following programming projects: 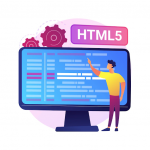 HyperText Markup Language (HTML) is a language that is used to give structure to the text and content on the web. Now HTML alone might not be able to do much on the appearance front. That’s where Cascading Style Sheets (CSS) comes in. Applied mostly in conjunction with HTML, CSS is in control of the color, font, and position of the elements.

While these languages are easy to learn, it is tough to create a modern-day website/application/program with just these two.

That’s why developers usually specialize in other languages too. But when you are hiring any programmer for your development project, make sure they tick mark the HTML and CSS box.

Python also has an extensive library backing it up. For business decision-makers, it means that Python is the language that can be used for even the most complex needs. In fact, it is the most popular choice for machine learning and deep learning applications.

Another upside of Python is that it is interactive qualities, which make it easier to code, test, and debug. For your business, it means less time spent on the coding process and a faster time to market. Being the second most popular programming language among the developers’ community, the demand for python developers has increased significantly.

Structured Query Language (SQL) is a language used to manage and manipulate databases. Developers use it to find and fetch data from a database. It is also used to add, update or remove records.

It is a domain-specific language though, designed mainly for data management within RDBMS (relational database management system).

SQL comes in handy while managing databases, creating sales reports, and for business management. And it is highly functional, making it extremely suitable while working with smaller databases.

It also happens to be the third most-used programming language as 54.7% of developers reported using it. 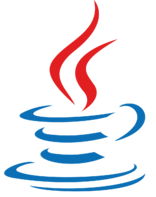 The real-world difference between the two is that JavaScript code is written in text and only needs to be interpreted by machines. Java, on the other hand, needs to be compiled. That, however, doesn’t make Java any less popular or useful.

The star feature of Java is its Write Once, Run Anywhere (WORA) capability. This general-purpose programming language can thus, be used irrespective of the platform. From a business perspective, consider this. Your program written in Java can run as easily on a supercomputer as a regular Android/iSO smartphone. Java can also be used for Big Data applications.

Hiring a truly qualified Java developer would mean the sky is the limit for you as you can get a program created for potentially any device in the world.

But make sure you do a thorough search because Java is a complex language to learn.

Not all programming languages can be as popular as the top 5 mentioned above. But that doesn’t mean the others don’t deserve our attention. That’s why we have 5 honorable mentions that have a decent fan following of their own.

Let’s check them out.

TypeScript is JavaScript’s close cousin. It was designed to simplify JavaScript by making it simpler to code, read, and correct.

TypeScript is also wildly popular. Over 1/3rd (30.19%) of developers say that they have either worked with TypeScript or want to work with it.

It is specifically used for larger web applications. It makes the process easier and more predictable. For businesses with larger web app needs, it is indeed a great pick.

PHP: Hypertext Preprocessor (PHP) is an open-source scripting language that was created in 1990.

With 21.98% of developers mentioning that they have either worked with or want to work with PHP, it is the 11th most popular language on the Stack Overflow survey. And it powers 80% of the web.

While PHP is generally used for creating server-side scripts, experts can also use it to develop desktop apps. Plus, it is cost-effective (it is free to use!) which brings down the development costs for your company.

Also read: Top 8 PHP Development Tools You Can Adopt in 2022

Ranking in the top 10 among the most popular languages as per the survey, C# garnered the support of 27.86% of developers.

It is also the most used programming language for the .NET framework. And it can be used to effectively create Windows, Android, and iOS apps. What makes C# great for your business is that it is interoperable with other codes and is scalable. So it will be able to meet and support your growth and diversification goals.

Widely used for Android application development, Kotlin is vouched for by 8.32% of programmers. It can also be used for creating web apps and server-side apps. Plus, it is interoperable with Java which makes it popular among the developer communities.

And those who have used Kotlin vouch for the fact that it is created better than Java. So you can rest assured that with Kotlin you’d be getting the perks of Java plus something more.

Often considered the iOS counterpart of Kotlin, Swift is a popularly used iOS development language with 5.1% of developers giving it a nod. Much of that support can be attributed to the fact that it has a clean code and is not particularly hard to learn.

For businesses, however, the advantage of using Swift lies in its speed. It is faster when compared to contemporary languages and thus, programs created with Swift are swift too.

With that, you now know the most in-demand programming languages in 2022. You also know why these languages continue enjoying developer attention and support.

The next step from here is to identify the programming language that meets the needs of your business project. Once you have zeroed in on a language, find dedicated experts and get your project off the ground.

Wondering where you can find dedicated developers with expertise in these in-demand languages? Uplers website development service team can help. Our team can take on your project from start to finish and deliver impeccable results.

If you are looking to onboard experts in-house, contact us to find the right tech talent today.