Inquire, Interview and Hire within the next 7 days.

Are you hiring the next A-lister? Look no further! We have already picked the top talent from the lot so that you can hire your star Python Programmer 10x faster and more efficiently than ever before.

Let us not just help you save your time but also your hiring budget, i.e., by at least 40%. 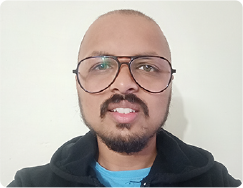 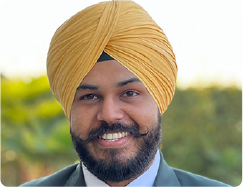 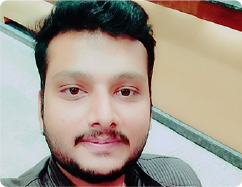 Would you like to hire a
talented team player who
is both brilliant and culturally
fit?

50,000+ talents have been screened for their technical skills,
language proficiency, and behavioral aspects - so you get the
best one for your company.

Hire your Dream Team
How?

What to expect when you hire from the top talent network?

Still got questions?
Schedule a meeting with our Tech Expert. Access the talent pool of 50,000+ skilled professionals with knowledge of more than 20 tech stacks

What does a Python developer do?

Typically, a Python developer is the one who works on web development projects which involve server-side/back-end programming. They are the ones who help build AI-based machine learning and other web applications.

How do I hire Python Developers through Uplers?

You can hire expert Python developers on-demand who work as an extension to your in-house software development team.

Step 2: We shortlist the right fit for you.

Step 3: You select the suitable candidate and take the interview.

Step 4:Onboard talent and start your work.

How long does it take to hire a remote Python developer from Uplers?

Hiring a Python Developer from Uplers can take up to seven business days. It is subjective to your requirements and time window.

What is the cost of hiring a dedicated Python developer through Uplers?

The cost of hiring a dedicated Python developer through Uplers depends on your business needs. Usually, we charge approximately $25 an hour, which is again subjective to your needs.

Do you provide a trial period for hiring a Python developer?

Yes, we offer a 2 weeks risk-free trial, wherein you can test the resource before actually deciding to hire them.

Will I have complete control over the team of hired developers?

The best part of hiring developers from Uplers is that you not only have complete control over the resources you hire, but you’d be free from any pre-hiring or post-hiring responsibilities.

Thank you for providing us with the information.

One of our Tech Experts shall reach out to you using the shared contact details within 48 business hours.

Thank you for providing us with the information.

One of our Tech Experts shall reach out to you using the shared contact details within 48 business hours.

Get
Rate Card in
your Inbox