ReactJS is definitely a much-needed skill that several industry managers are earnestly looking for in Full Stack Engineers as well as JavaScript Developers.

Finding and hiring the right ReactJS developer for your company is like finding a needle in a haystack considering the sheer number of high applicants as well as the fake skills that may be listed on candidate resumes.

A set of intelligent interview questions is the best solution to help you find the right employee from the deluge of applications lying on your desktop.

Below is a list of brilliant questions designed by our team of front-end experts to help you separate the masters from the apprentice.

This is one of the most basic questions to ask candidates when hiring ReactJS developers, however, this question is important as it builds up the mood for the interview and puts the candidate in the right frame of mind.

Also if the candidate is not able to answer this fundamental question easily, it will give you immediate insight into his level of proficiency in the topic

React or ReactJS is a very popular form of JavaScript front end library which is widely used for creating user interfaces. It is especially useful for designing single-page applications. 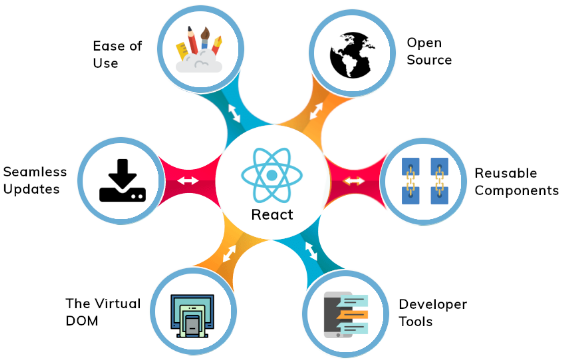 This question is another classic example of fundamental knowledge of React. An expert candidate should be able to provide the below-given advantages with ease and should also be able to explain in detail the benefits enlisted below. We recommend this question as it gives an idea about his practical understanding of the framework.

3. Explain the limitations of React.

Our experts recommend that this question may either be asked as a continuation to the previous question or by itself to gain an idea about the interviewee’s understanding of the functional aspects of ReactJS.

Though React has several benefits, it also has a few limitations:

4. What happens during the lifecycle of a React component? 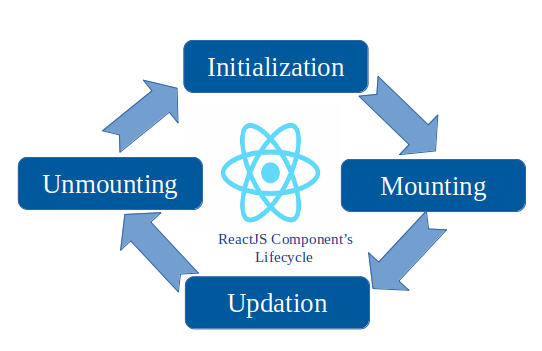 Our experts recommend this question when hiring ReactJS developers as it gives a clear picture of the candidate’s understanding of the React components complete functioning cycle. It is a great question for gauging the interviewee’s operational understanding of React JS

The lifecycle of a ReactJS component describes the different stages of the component’s existence:

5. Name the 5 ways in which you can use Style React components?

The success of any UI largely depends on the look and feel of the application. Styling of the UI is so important that tech-gurus consider React components as the building blocks of applications. If you are looking to get an idea about the candidate’s styling and creativity abilities, this question is perfect for you.

6. What are hooks in React?

We recommend this question to know if the candidate has updated his skill-set following the updates taking place in ReactJS. Since ReactJS is a very dynamic and fast-changing technology, it is important to ask such questions.

Hooks are one of the latest features of React which was introduced in the 16.8 version. They are backward-compatible. They do not contain any breaking changes. Writing a hook is very helpful when you want to write a function component and want to add some state to it. This can be done easily by using a Hook inside the function component.

7. How would you optimize the performance of a React application?

One of the skills that you may be looking for in Programmers and developers is the ability to think out-of-the-box thinking. We recommend this question to help you test ingenious thinking, the ability to come up with innovative solutions.

8. Describe how events are handled in React:

Questions similar to these give an idea about the candidate’s ability to deal with problems and how efficient he is at troubleshooting and problem solving.

React event handlers solve compatibility issues with the help of React’s cross-browser wrapper – Synthetic Event. Synthetic events are great because they have an interface similar to native events.

9. Write a sample code using the State component to React.

Such questions are recommended in the advanced stage of the interview. Coding is an integral part of working as a JavaScript developer. Such types of questions are especially helpful when you want to select between shortlisted candidates.

You may even give specific outputs that you need from the program to help you get a better comparative analysis of the candidates.

Short code or program based on the output desired. In some cases it may be accompanied by a flow chart.

10. What is the difference between React and other Java scripts?

Explanations based on the following basis of difference:

Even if you need to conduct a ReactJS hiring interview in a day, these questions will help you identify candidates that have a deep, application-focused understanding of the technology. With this, if you wish to hire expert ReactJS developers on-demand, get in touch with us.

7 Must-have qualities to look for when hiring developers

How to build high-performing teams – Remotely?