Web development has become complex over the past decade. To ease the process, the use of web frameworks is essential.

A framework is a structure or environment that assists a developer. It can include programs, libraries, compilers, tools, and API.

In simple terms, you can think of them as software packages that are based on a coding language and speed up the process of writing a web application.

Which is the best back end framework?

There are three competing technologies – Node.js, Django, and Laravel.

All three are popular among back-end developers. But does any have a slight edge? We find out.

Some developers would disagree that Node.js is a framework. According to them, it is a runtime.

Node.js is an open-source, cross-platform runtime environment that uses JavaScript. It uses the V8 engine for execution and runs outside the browser.

The framework was written by Ryan Dahl in 2009 and the current version is 17.5. The Open JS Foundation manages its development and release.

The framework is used by:

Node.js is not a framework alone, but can also work as a server. It is made up of asynchronous API and is event driven.

Many developers consider it to be better because it works as a single thread.

To make it more extensive, all that is needed is to add nodes. This can be done both vertically and horizontally for scaling applications. 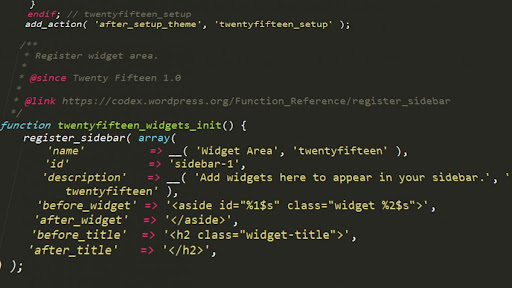 Node.js works using the V8 open-source JavaScript engine. This speeds up code execution to blazing-fast speeds even on less than ideal hardware. The V8 can change JavaScript directly into machine language and act as a compiler.

A developer can change and customize Node.js as per their requirements. It is extremely versatile and can be used for applications as varied as streaming and stockbroking. The addition of JSON with Node.js makes information exchange between client and server seamless.

Node.js allows a developer to work with multiple tools. Mocha allows developers to test scripts inside a browser and also in a console. The Web Storm IDE is perfect for debugging rapidly and building Node.js applications on both the client and server sides.

Node.js supports the use of application memory for caching. The module gets automatically stored in the cache and can be executed as needed. This speeds up any application manifold.

All frameworks are not equally suited for a task. What are the applications that we can build using Node.js?

The best possible use of Node.js is for real-time applications. Chat and email clients use Node.js for this reason.

It does not eat up a lot of resources, loads fast, and has a small footprint. Using Node.js is ideal for multiple conversations and high traffic volume management.

Collaborative tools have taken on a life of their own, as remote work has taken off.

Node.js is ideally suited because of its speed and dependability.

Node.js uses asynchronous I/O and even based architecture, which makes it ideal for use with such applications.

So efficient is the system that arduous tasks like editing a past message are now commonplace. The use of web sockets for full-duplex transmission ensures that the server does not freeze and data is updated on every node perfectly.

For these reasons, Trello uses Node.js. 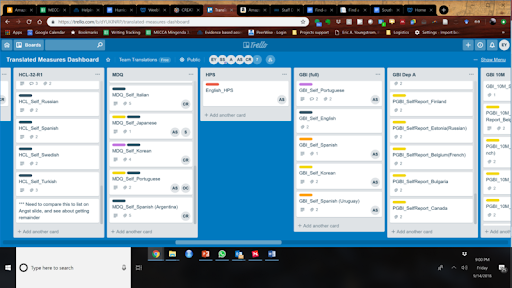 Django is a web framework that uses Python.

The first public release was in 2005. It is maintained and developed by the Django Software Foundation.

It is unique since it follows the model template view (MTV) architecture. The primary purpose of Django is to simplify the task of using websites with large databases that are constantly being modified.

In the past few years, as Python has grown in popularity, the profile of Django has also risen.

A developer can, with little effort, use Django to integrate solutions and create applications. The result is a quick turnaround from concept to launch.

This is why Django is used by the biggest names:

There are a lot of advantages to using Django as the underlying framework. It has a diverse appeal for different developers.

Python is the most popular coding language at the moment. No wonder a Python framework is chosen so often.

Since the use of Python is all-encompassing, from data science to server-side programming, there is intense interest in any program that depends on it.

Django is like Python, very stable, and needs a shallow learning curve.

Of course, all the best frameworks are cross-platform, but the design of Python was specifically aimed towards it.

Django can work equally well in any environment. It is an authentic write once and run anywhere platform. Be it Windows, Linux or Mac, expect a Django app to work with a few minor changes.

A web framework is as good as the security it offers. Django gets security updates on a regular basis.

The possibility of SQL injection and cross-site clicking is almost non-existent. The built-in protection it offers is admirable.

Most frameworks require an admin panel to be developed by the coder. Not so with Django.

It has a full-featured interface that lets you modify the admin panel in several aspects. Permission modules are inbuilt and there is no need to code from scratch.

Django is, above all, a pragmatic framework. It uses the least resources for maximum returns. For many, it is the framework of choice since it takes away the hassle of app development.

Django is ideally suited for extracting data. If you are building an app that would generate a lot of data points, it is best to use Django.

Possible areas include ecommerce and streaming.

In case the development team has very little time to build an app, it is best to use Django. The framework assists with many pre-built functions that are easy to install and run.

Django can be used to lower the overall cost. Open source has many advantages. It is cheap and secure because of more users and a large community.

Also, it helps you with documentation and finding solutions through a community-based approach.

Django uses ORM or object-relational mapping. It is a powerful way to interact with the database without introducing complexity. ORM lets developers envision data as an object and creates SQL queries instantly.

ORM makes Django quite easy to use even for those developers who are not comfortable with the backend.

Most web applications use Django. The most notable example is Quora. Though available as a mobile app, Quora became popular with its no-nonsense browser version. The same can be said about YouTube, which changed the web version from PHP to Django.

Laravel is a PHP framework. It is a full-stack platform, meaning it can be used for both client and server programming. This lowers cost, as the same team can work on both ends of the project.

It was created by Taylor Otwell and is intended for developing web applications. Laravel uses a Model View Controller or MVC architecture and its source code is hosted on GitHub.

Laravel is a progressive framework, meaning it can be used by developers with any level of expertise. However, unless a developer is fluent in PHP, they would not be able to employ Laravel.

Laravel offers some unique advantages. It has many features that make web applications built using Laravel stand out.

This feature makes it easy to trace problems during development and pinpoint the code that has to be reworked. 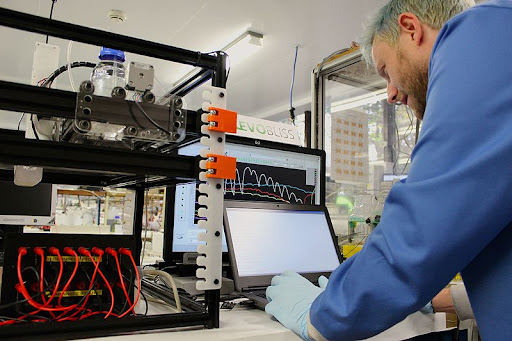 Laravel uses controllers efficiently and executes routing swiftly. It can also add code to the route.

This is useful for programs that use multiple controllers at each stage.

Laravel offers version controls over databases. This is done using the migration feature. Migrations track how the database is modified over time.

Laravel uses a PHP templating engine known as Blade. It helps create code that is easy to understand and has a simple syntax. Most Laravel features depend on Blade instead of pure PHP.

Laravel is perfectly suited for most types of web applications.

PHP frameworks are best used for handling databases. If a website has a database that changes constantly, it is best to use Laravel for integrity.

Web applications that are used for digital learning can be built easily using Laravel. In case of high traffic, Laravel can handle repeated queries to the backend without any freezing.

Laravel is well suited for building streaming apps to deliver audio and video content over the internet. It is also perfect for apps that have multiple I/O requests, such as Twitch.

Node.js vs Django vs Laravel—how do they stack up?

Node.js has the largest community in GitHub. Laravel is in second place and Django comes third. No doubt this is because of the popularity of JavaScript as a frontend language.

Node.js is an open source platform and uses the V8 engine.

Django has an MVT template.

All three are solid frameworks that are regularly used by developers.

Performance-wise Node.js is faster than the rest. It is mostly derived from its ability to cache. Django is also fast but does not have asynchronous programming. Laravel has problems with scaling and complexity.

Laravel is probably the frontrunner. It is based on PHP that has long been recognized as a safe way to code the backend. Django, with its frequent security updates, comes second.

Most programmers know JavaScript due to front-end projects. For this reason alone, most are also familiar with Node.js.

Python is rapidly catching up and with it Django. Laravel has a somewhat steeper learning curve.

Only one thing can be said with certainty – Node.js, Django, and Laravel are equally popular with developers.

A developer has to look at specific requirements and match them to the framework.

There is nothing intrinsically good or bad with either, and that is no surprise. All of them have been released after extensive research and development.