There is a popular saying in the world of web development, “JavaScript is the preferred method of turning electricity into waste heat” Well, no matter if you support or refute this, you know that has changed now. It might have been true earlier, but ‘Node’ anymore.

Well, let’s get past the fun banter and get to what exactly Node.Js framework is. Some of the top names in the business world are using this technology and this open-source, cross-platform, JavaScript runtime environment is here to stay.

What makes it special? It is free. It runs on various platforms (Windows, Linux, Unix, Mac OS X, and more!) And it runs on asynchronous programming.

And what does that imply?

You run a retail shop. Multiple people come to your shop, ask for an item, you pick it up from the storage cabinet, and give it to the customer. And till then, the other customers are waiting for their turn in a queue. Time-consuming, isn’t it?

Well, that is how most servers worked before Node.Js. Now when there is a file request, Node.Js sends the request to the computer system and then takes the next request, returning the files when found. Saving time, memory, resources, and the building block to efficient servers  – that is Node.Js for you. 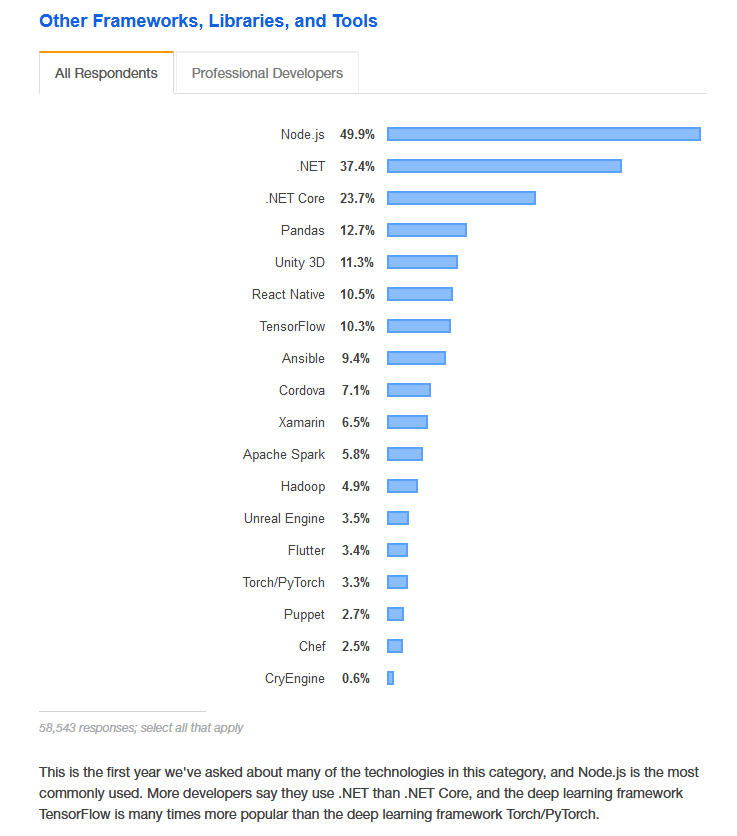 Is it a fail-proof option? Will hiring a Node.Js developer be really effective? Well, the business leaders are using it – there must be something about it, right?

Check out the list of top 10 Node.js app examples and see for yourself:

PayPal needs to deal with 200 million active user accounts from across the globe and it does that seamlessly.

How? Node.js framework is to thank.

The company itself issued a statement saying that their Node.Js application has 33% less code and was written in half the usual time. With this, the processing time is 2 times faster than usual. Millions of people trust PayPal and PayPal trusts Node.Js.

As a video streaming platform, Netflix’s most important success mantra is its performance. And according to official company sources, their load time went down by 70% with Node.Js framework.

They also use the TTI (Time to interactive metric) to further analyze its efficacy and use just Node.Js for coding in the future.

Uber has been doubling its capacity and size every six months or so, and according to the latest stats, they are able to process over 2 million remote processing calls per second.

Now that is impressive, ain’t it?

And Node.Js helps them do all this. It is a mobile app built with Node.Js, this is a system reliable to both drivers and customers.

Key Takeaway: Node.Js framework can help you expand, grow, and keep hassles out of the way.

Now, this supposedly ‘antique’ platform still has 450 million users as it does help connect employers and prospective employees. When it was sold to Microsoft in 2016, the complete mobile app backend was done on Node.Js framework.

Two to ten times faster on the client-side, with servers going down from 15 to 4, and all this while traffic was being doubled.

Key Takeaway: Node.Js can speed up your redundant business/app/platform and bring new life to it.

With 170 million active users, the e-commerce giant, eBay needs real-time interaction. And Node.Js is what backs them. And they are using the build – deploy – automate principle to transition to full-featured Node stack. And the results? eBay is up and running and growing strong.

Walmart uses Node.Js as the orchestration layer above legacy APIs. They now are able to create and deploy new APIs for Walmart apps within just a few hours.

Release times went down significantly. The Walmart backend developers chose Node.Js and Javascript after having battled with memory for 6 months. And Node.Js framework became their saviour.

Medium, the popular publishing platform, uses Nginx and Node.Js together. 25 million monthly readers and thousands of published articles make it important that Medium remains service-oriented, and Node.Js makes it possible from the back-end by allowing the sharing of codes from client-side to the server-side.

When NASA found out their data was scattered in several locations, they went to build their own end-to-end data system and chose Node.Js for the task. A Node.js enterprise-scale architecture was made and everything was moved to a cloud.

Now, there is 1 database for everything and access time was reduced by 300%.

Mozilla Persona and BrowserID use Node.Js.

Number 2 – same languages as of JavaScript. The effect? Teams worked faster and productivity increased. And they are now using it for cross-platform pages and web frameworks like Express.

One of the best project management tools Trello, when launched in 2011, came with JavaScript and Node.Js was used for the server-side. They have used it for multiple prototyping projects also and Node.Js is what facilitated quick testing and design changes.

Also Read: How To Hire A Team Of Best Node.JS Developers

Advantages of Node.Js in a Nutshell

Every platform that uses Node.Js framework uses it for a different advantage that it offers. And here is a list of those advantages:

Performance Metrics That Can be Used

Now, coming to the real tests. What metrics should be used to test the efficiency or otherwise of Node.Js? What can help you decide whether or not the hype about Node.Js is substantial? Is it just a white elephant or a lion that is all set to roar?

What does it mean: The ability to execute code in a loop

Node.Js is famous for its no-block nature. The system can handle async operations and unlimited operations can be processed

What does it mean: This metrics is all about response time measurement

Node.Js helps several applications process multiple requests in a matter of seconds. In conclusion, efficiency is proven in this regard!

What does it mean: Manage application memory so as to prevent memory leaks

Node.Js’ extremely efficient support tool, Garbage collector comes to play here. You can check how much time it spends on the tool and check for building trends by comparing memory after each run to see the results for yourself.

What does it mean: Dependence on other servers, systems, and database

Node.Js is the present and future of web application development. But, as it is always said, a brilliant idea in the hands of a fool can wreak havoc. And so, you need an experienced, innovative, and quick-learning Node.Js developer who can match the capabilities of Node.Js and use it to build prolific scripts and a shining future for you!

A technology geek who believes in precise and direct decision-making above all else.

7 Important Hiring Trends To Watch Out For in 2021

WordPress CMS vs HubSpot COS – Which one to choose and Why

How to Hire the Best WooCommerce Developer with Minimal Budget